Alstom chief optimistic wind industry can get costs down 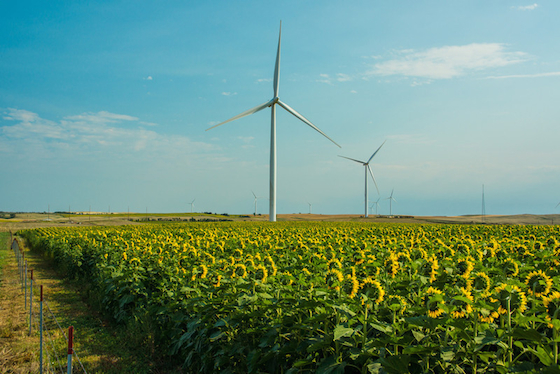 The vice president of Alstom Power’s Offshore Wind division believes the wind power industry can reduce its costs by 35 to 40 per cent by 2020, as targeted.

However Anders Soe Jensen told EWEA website that wind power‘s efforts must also be part of a sharper perspective, whereby the overall costs of other forms of power generation are also placed under the microscope.

“If we as an industry do not manage to bring down the levelised cost of electricity, this industry will die, it is that simple. In the long run society will not keep on funding this industry if we cannot become competitive with other sources of energy.”

“However, we should have a discussionà‚ about what the levelised cost of electricity actually is for all sources of energy, such as coal, oil, gas or nuclear. This calculation should encompass all costs, including the cost of pollution and all subsidies, direct and indirect.”

Jensen pinpointed the costs of foundations of wind facilities and risk management as two areas where inroads on costs can be made.

“There are two levers that can significantly drive down the costs of offshore wind energy. The first one involves decreasing the costs of foundations with standardisation and optimised designs. These savings will also be made by wind turbine manufacturers who will learn from their past experience and will be able to decrease the loads on the substructure.”

“Managing the risks during production and implementation is a second important lever. The industry will learn from more than 10 years of experience in time management by optimising planning and technology risks during a project.”

The Alstom executive predicted that wind turbines will be bigger in future, generating more energy for the same number of megawatts installed with fewer foundations, cables and installation phases, thereby further and significantly decrease the levelised cost of electricity.

The way forward for the industry is to share its collective experience in order to drive the costs reduction required to maintain viability.

“Common R&D programmes managed by laboratories or universities are the best way to decrease the costs of innovation. Optimisation of the supply chain by standardisation of components helps ” it is already the case with tower manufacturers that can take advantage of the volumes ordered by the industry.”

The industry has set a target of 35-40% of cost reduction for final investment decisions in 2020 and Jensen is firm in belief that the target will be reached.

“The general opinion is optimistic for these targets thanks to a good dynamism in the industry,” he said.

Meanwhile in the UK, the main renewables lobby group, RenewableUK, says that the costs of getting planning permission for offshore wind farms is becoming a serious problem.

Average planning consent costs went up 15 per cent, from à‚£15,400 to à‚£17,600 per megawatt, between the first leasing round which started in 2000, and the second round which got under way three years later, according to “Managing Regulatory and Consenting Costs for Offshore Wind,” a study produced for the group.

The findings, which have been released against the backdrop of the UK government’s drive to increase renewable energy consumption from 3% to 15% by 2020, have prompted industry experts to call for the demands placed on developers to be relaxed.