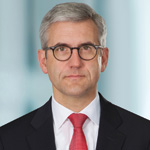 ABB has announced plans to invest up to $300m in Xiamen, China over the next five years.

In a statement published on its website, ABB said the fund will be used to set up a power products production hub in the city of Xiamen, in the province of Fujian.

The production hub for power products planned by ABB is in addition to its existing products that have resulted to the saving of up to 200 billion kilowatt hours of power in the country last year.

The 200 billion kilowatt hours power saving is enough to power one Chinese city with 20 million people for at least two and a half years.

Aside from the investment in the pipeline, ABB is also set to make further hires in China with plans to bring its total staff in the country to 20,000 people.

ABB’s investment announcement came at time that the Chinese Academy of Engineering announced that the country will have a total installed nuclear power capacity of 40 million kW by 2015.