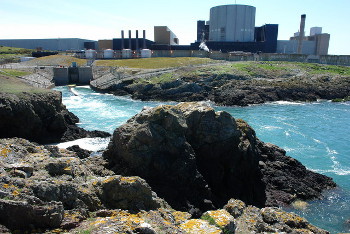 A nuclear power station on the island of Anglesey off the UK‘s Welsh coast has been reportedly closed for over five months. à‚

Reactor 1 at the aging Wylfa Magnox nuclear plant has been shut down since early January, reports said. While the original shutdown was for maintenance purposes and was planned to last 100 days, restart has been delayed twice due to issues arising during the maintenance process.

Among the problems were a turbine and a gas circulator in need of repair, both discovered when plant staff attempted a restart during the Easter holidays. In addition, a damaged and leaking pipe was found on 13 June.

According to the BBC, a Wylfa spokesman said no radioactive material was involved in the incidents.

A second reactor at the plant was shut down in April 2012 after 41 years in operation.

Plans are in the works for a new, à‚£8bn ($13.6bn) nuclear power station to be built by the Wylfa plant’s owner, Horizon Nuclear Power, on a nearby site. Horizon, a Hitachi subsidiary, says it aims for the new Wylfa Newydd plant to come online before 2025, with construction to begin in 2018.

The new plant will feature two Advanced Boiling Water Reactors, which are planned to generate a minimum of 2.7 GW.à‚

Why nuclear energy can help deliver a green hydrogen economy