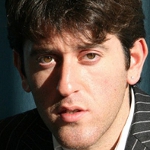 The Financial Services Authority (FSA) and Ofgen in the UK has launched an investigation after a whistleblower claimed the $476bn wholesale gas market is being routinely manipulated.

The FSA have acted after a recording was sent to them apparently recording traders in conversation about the illegal act.
Last night energy secretary Ed Davey said he was “extremely concerned” about the allegations made by former City trader Seth Freedman (left), who worked as a price reporter for ICIS Heren, which sets benchmark gas prices.

The UK’s biggest energy companies have distanced themselves from claims wholesale gas prices are routinely manipulated, as the City watchdog launched an investigation into a whistleblower’s allegations.