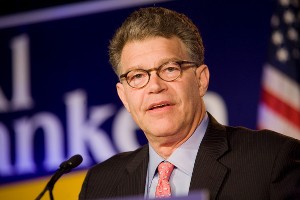 Optimism ran high this week as combined heat and power (CHP) professionals met for their annual conference in Washington, D.C. amidst an uptick in US prospects for their business.

The new market activity comes as the US enters its second year of President Barack Obama’s push to increase CHP installations 50%à‚  by 2020. About 82.4 GW of CHP now exists in the US.

à‚ ‘In the US right now the CHP market is very robust. There is a lot of quote work going on, a lot of studies going on for CHP,’ said Joseph Allen, chairman of the Combined Heat and Power Association and director of Energy Policy for Caterpillar and its subsidiary Solar Turbines.

This new activity is likely to translate into actual installations beginning in 2015, he said.

This year, 4400 MW of new CHP is under development, according to ICF International.

Several factors drive the new activity, among them the push for greater electric grid resiliency following last year’s SuperStorm Sandy, which created massive outages in the densely populated US Northeast, some lasting for two weeks.

In addition, US industrial manufacturers are increasingly eyeing CHP as a way to comply with new federal air emissions rules for industrial boilers. Almost half of US boilers with a capacity greater than 10 MMBtu/h are at least 40 years old, and CHP is a viable replacement, according to the US Environmental Protection Agency.

The US industry, however, continues to face obstacles, among them difficult interconnection rules, standby rates and a low level of awareness about CHP’s benefits, according to Allen. Several states are working on rule changes and adding programs and incentives to encourage more CHP.

Senator Al Franken (pictured), a Democrat from Minnesota, has introduced a bill, the Local Energy Supply and Resiliency Act, that wouldà‚  provide funding for technicalà‚  assistance and low-interest debt financing for CHP projects. However, the bill is not expected to see passage this year in what is largely a stalled Congress.

The CHP Association organized the 10-11 December event, called ‘Making the Business Case for Combined Heat and Power.’ About 120 people attended this year’s meeting, a record for the group, according to Dale Louda, the CHP Association’s executive director.