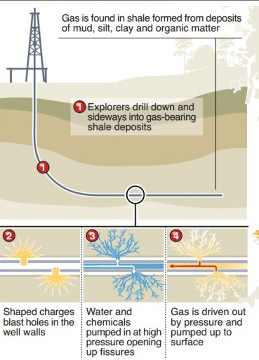 The UK is to open bidding for fracking licenses today in a move that aims to significantly expand the scope of shale gas extraction across the nation.

Fracking will now be allowed in national parks and other protected areas, except under “exceptional circumstances” and in world heritage sites and “areas of outstanding beauty”.

The winning companies will be granted licenses to start test drilling, but will need to also secure planning permission and environmental permits under newly tightened rules, as well as submit a “particularly comprehensive and detailed” environmental statement if the proposed drilling site is on or near a protected area. à‚

The bidding round is seen as likely to attract significant interest from energy firms, especially as it has been six years since the previous licensing round.

In comments accompanying the announcement, business and energy minister Matthew Hancock said, “Unlocking shale gas in Britain has the potential to provide us with greater energy security, jobs and growth.” But, he cautioned, “We must act carefully, minimizing risks, to explore how much of our large resource can be recovered to give the UK a new home-grown source of energy.”

According to Robert Gatliff, science editor at the British Geological Survey, while shale gas resources of between 820 and 2000 trillion cubic feet are believed to be embedded below the UK, it’s likely that most of what’s there will not be recovered. à‚

“If you look at what happens in the US, and that’s where you’ve got to look because that’s where they’ve drilled thousands of holes, they’re not getting more than 5 per cent,” Gatliff said in an interview with the BBC. “In Britain we’re so crowded and we’ve got these beautiful areas; that reduces the amount we can get out as well.”

Analysts expect some controversy as there is significant public opposition to fracking. However, the government believes shale gas could be a ‘bridging technology’ on the way to a low-carbon energy mix, and has put incentives in place such as tax breaks, direct payments and payback to communities.à‚