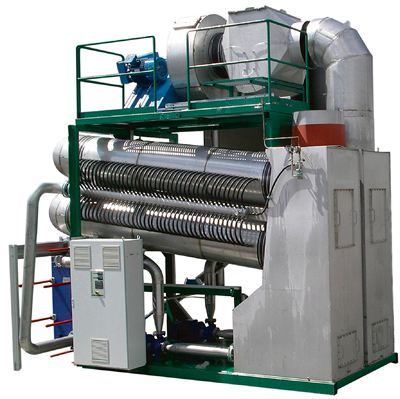 The plant, which is run on biomass, will see the installation of the equipment performed by Opcon AB.
SRE’s flue gas condenser efficiently captures waste heat in smokestack gases and recycles the energy to the district heating grid. The flue gas condenser, that adds some 1.7 MW to the system in Falkenberg, increases energy efficiency by up to 20-25% depending on fuel thereby helping Falkenberg Energi to reduce their fuel consumption and lower emissions considerably.

The condenser will be installed at the facility’s 8 MW boiler in Falkenberg. Order value amounts to around $780,000 and the delivery is expected in the beginning of 2014.