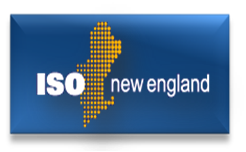 In the past decade, New England ratepayers have spent approximately $5bn on transmission additions and expansions and the study suggests that ISO New England may be underestimating the extent to which non-transmission alternatives like distributed generation can satisfy demand at a lower total cost than transmission line development.

According to Synapse, ISO is “ignoring likely transmission and reliability benefits and overestimating electricity load—with ratepayers being asked to pay for larger, more expensive transmission upgrades than are needed.”

ISO New England predicts that about 800 MW of solar photovoltaic generation will be installed in New England by 2021, but excludes other types of distributed generation from its projection.

Synapse’s report concludes, “It is essential that the ISO stop ignoring the impacts DG resources have on system planning—both their benefits and their challenges. This report provides a reasonable estimate of what the future holds for these resources and makes one thing very clear: assuming that these resources do not exist is unacceptable.”