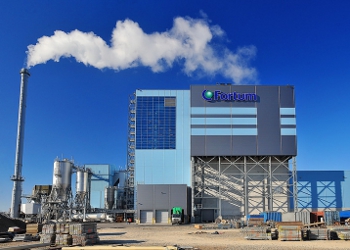 Combined heat and power and carbon capture and storage technologies will help push the generation of the global thermal power market to 19,869.1 TWh by 2020, according to new data.

A report from research and consulting firm GlobalData states that the past few years have seen “heavier investment into research and development to improve fossil fuel technologies that can generate power at a higher capacity factor, whilst displaying a minimal impact on the environment”.

It adds that the fact that energy efficiency and security now form the foundations of many countries’ power policies is also a major contributing factor behind these investments.

“CCS [pictured] has been deemed one of the most efficient technologies developed for reducing carbon dioxide emissions while maintaining the use of fossil fuels for electricity generation,” says the report. “Similarly, CHP provides an efficient and clean approach to generating electricity, and useful thermal energy, from one fuel.”

Sayani Roy, GlobalData’s power analyst, said: “These two technologies are in high demand among countries where electricity is mainly generated from thermal resources, and the governments of major economies have been focusing substantially on the mandatory adoption of such technologies to help reduce emissions from their respective power sectors.”

She highlighted the situation in the US, where the government has rolled out various acts and policies, such as the Energy Improvement and Extension Act of 2008, the Clean Energy Standard Act (2012) and the Energy Policy Act (2005), which make the adoption of CCS and CHP technologies obligatory, while also supporting power facilities financially in adopting it.

She added that countries such as India, China, the UK and Germany have also been taking significant steps towards the adoption of these technologies in order to reduce local emissions.

“There are many plans and policies currently being formulated across the globe to ensure sufficient take-up of these more efficient technologies,” said Roy, adding that “if successful, this will provide a significant boost for the thermal power market” to 2020.