In allowing the deal to go ahead, trade and industry secretary Peter Mandelson has ignored the advice of the Office of Fair Trading, (OFT), the UK`s competition authority. OFT recommended that PowerGen`s bid for the regional electricity company be referred to the Monopolies and Mergers Commission.

PowerGen has welcomed the decision. The company is buying East Midlands from Dominion Resources of the US. It has said that it will now sell 4000 MW of its generating capacity in order to reduce its market power. Offer, the electricity regulator, had advised that PowerGen should make larger capacity disposals.

– PowerGen has sold its oil and gas field interests to Centrica, the demerged gas supply arm of the former British Gas, for £248m. PowerGen North Sea has interests in eight developed and several undeveloped gas fields in the southern North Sea and the Irish Sea. 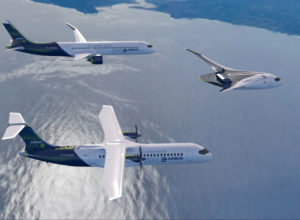 Airbus looks to get first zero emission planes in the air...