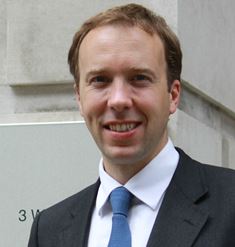 The Guardian has revealed that the UK’s energy and climate change minister Matthew Hancock has accepted £18,000 from a key backer of the UK’s leading climate sceptic lobby group.

The newspaper investigated official records to show that Hancock received five donations over the years from City currency manager Neil Record, who has given money to the Global Warming Policy Foundation, and is on the board of its campaigning arm.

The most recent donation to the MP was £4,000 given in November last year – after Hancock became a minister with responsibility for energy.

Asked whether Hancock had ever discussed energy policy with Record and declared the link to the Department for Energy and Climate Change, a spokeswoman for the minister said: “All donations are declared publicly and proper process followed.”

Record said ““I have never discussed energy policy or climate change with Matthew. Our discussions tend to centre round our mutual interest in economics.