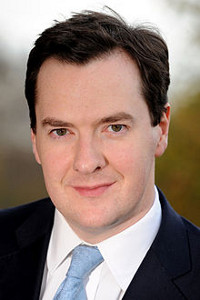 Chancellor George Osborne launched the National Infrastructure Commission on Friday, in an initiative that aims to create a stronger culture of delivery for all vital UK projects, including power generation and energy security.

The NIC is to oversee à‚£100bn of spending on infrastructure projects.

“This is about jobs, growth, living standards and ensuring Britain is fit for the future,” Osborne said. He added:

Infrastructure isn’t some obscure concept ” it’s about people’s lives, economic security and the sort of country we want to live in. That’s why I am determined to shake Britain out of its inertia on infrastructure and end the situation where we trail our rivals when it comes to building everything from the housing to the power stations that our children will need.

We need to think long-term and deliver a cross-party consensus on what we need to build. I am delighted Andrew Adonis and this world-class group of experts have agreed to come together on the National Infrastructure Commission to help us do that.

John Cridland, CBI Director-General, said building a secure energy mix was perceived as vital to 97 per cent of firms the organisation surveyed.

There will be à‚£411bn worth of infrastructure upgrades needed in the UK, with power generation accounting for a proportion of that sum.