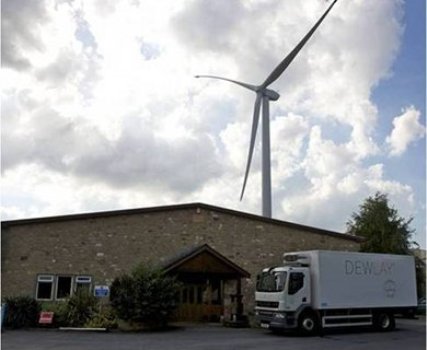 A new report by UK utility SmartestEnergy shows that the number of independently-owned renewable energy projects, with a capacity of at least 50 kW, increased by 24 per cent last year ” topping 2000 MW.

Such commercial scale projects now have a combined capacity in the UK of more than 4.7 GW, generating GBP768m (US$1.2bn) worth of power, and accounting for 12% of all renewable energy generation.

The report found that the number of on-site projects developed by businesses on manufacturing or retail sites increased by 53 per cent and generated more than GBP80m worth of electricity.

The food and drink industry, manufacturing and retail sectors all delivered strong growth for the on-site renewables sector, with solar accounting for nearly half of the new on-site capacity.

However, the biggest increase came from the agricultural industry, where 347 new projects – predominantly onshore wind – represented a 74 per cent increase on 2011, and generated more than GBP22m in revenue for the sector.

Commenting on the report, Iain Robertson, SmartestEnergy head of generation, said: “For businesses and organisations faced with steep rises in energy costs, investing in their own renewable energy projects can generate significant savings and help them remain competitive.

“Consumers are also increasingly interested in the sustainability of companies whose products they buy and investing in renewable energy can be used to highlight environmental credentials.

“The combined strength of a large number of these projects will also play an important role in helping the [UK] meet its climate change targets in the years ahead.”