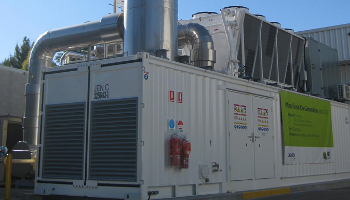 The global food processor, Mars, installed a cogeneration facility at its Australian Central Coast operation three years ago and are since reaping the benefits.

The Central Coast had, prior to the cogeneration installation, been emitting 10,400 tonnes of carbon a year.

It spent almost A$2.5m to build a co-generation plant to reduce its carbon footprint and Operations manager Wayne Smedley says the company has a global aim to be carbon neutral by 2040.

“We built a co-generation plant here in 2010 which has increased the energy efficiency in our Wyong plant and reduced emissions by 14 per cent. It’s much like a 40 foot container, similar to plants used on mine sites where there is no power supply in remote areas. It’s a V20 natural gas fired engine that produces 1.4 MW of power or about 75 per cent of the power needed for the site.

By burning natural gas to produce electricity and capturing the waste heat generated to in the manufacturing process, Mars are getting 80% energy efficiency from the incoming fuel.

“It has significantly saved us on the cost of electricity, and our gas costs are up only slightly.”