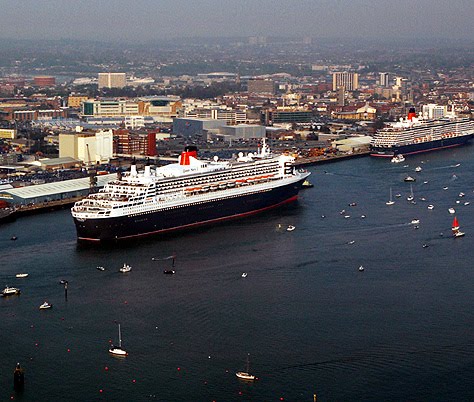 That’s the verdict of the Guardian newspaper this week in an article that predicts more and more local authorities in Britain and Ireland will begin generating their own power in an attempt to address concerns about the issue.

The case for a return to local electricity generation to challenge the “big six” is gaining momentum with talk of cities in the British Isles emulating the German city of Hamburg and “re-municipalising energy”.

Voters in Hamburg backed a council plan to take control of the local power grid and while Berlin failed to follow suit, the Guardian pinpoints Southampton as one city which could mount a similar approach.

Currently, mainly council houses and public buildings are powered locally, along with some shops and offices ” rather than entire cities ” although Southampton‘s municipal plant, run with a private company, provides electricity for the city’s huge port, as well as for council buildings. Hot water was originally tapped from a deep geothermal well for a district heating scheme 25 years ago, and this was followed by a combined heat and power plant.

But the city hopes soon to provide heat and light for 1,500 council houses as part of a à‚£30m district heating and insulation scheme triggered by authorities once again being allowed to take direct control of council house funding. More than 5,000 houses could follow.

“The business case speaks for itself,” says Warwick Payne, Southampton city council’s cabinet member for housing and sustainability told the paper. “As plugging into the national grid becomes increasingly expensive, local energy schemes will become the way to go.”

“For the moment our priority is to help low-income families paying for antiquated heating systems because, as a nation, we did not invest enough during the last century,” Payne added. “But if you plan this properly you can create local jobs, cut your carbon footprint and reduce the energy bills ” so everybody wins.”

Meanwhile in Woking, council buildings, offices and flats are powered by energy from a company owned by the local council. The company, Thameswey, also generates power from a much larger local plant for much of central Milton Keynes, in Buckinghamshire.

Thameswey opened its first combined heat and power scheme in 2001 to supply electricity and heating to civic offices, and surrounding business, in Woking town centre. The scheme will soon expand to serve a new, à‚£150m shopping and leisure centre, with 300 flats.

Price stability, rather than profit, is the main draw for the new wave of local generators, with the attraction of guaranteed supplies of cheaper energy.

At a recent Dublin conference, delegates from councils in seven European nations met to conclude a three-year EU project addressing local energy, organised by the Town and Country Planning Association.

While Southampton held out the vision of authorities generating power on a larger scale, Cornwall raised the prospect of tapping geothermal energy from the county’s granite base.

Kerry county council, in south-west Ireland is seeking for its two largest towns to be heating self-sufficient within three years. Tralee and Killarney are championing a wood biomass project, which has already created hundreds of jobs.

Already in Tralee, a large wood-fuelled boiler plant provides piped heating to scores of new houses and renewed properties ” older houses that are “retro-fitted” with external insulation panels ” a large school, a community centre and a government building and the plan is to extend the network to the local hospital and a college, then to the town’s 6,000 houses through a seven-mile local grid. A similar project is planned for Killarney.