The city of Los Angeles is following the same clean energy direction that its home state and some neighboring cities are taking by declaring an intent to power all of its municipal activities with carbon-free sources by 2050.

With four million residents, L.A. is now the largest city in the nation and the 121st overall to set a goal of 100 percent renewable-sourced electricity. Chicago announced its goal earlier this month, while other cities such as San Diego, Orlando, Atlanta and St. Louis have made similar promises in the recent past.

“Cities and states know the effects of climate change firsthand, but this announcement is further proof that they are also at the vanguard of taking bold and necessary action,” Brune said in a statement. “Despite its history of pollution, the city has installed the most solar of any city in the country-and now it’s aiming for 100 percent renewable energy across the community. In a city known for gridlock, tailpipe pollution and smog, the commitment to electrifying buildings and transportation is a big deal.”

The L.A. renewable goal has been gathering momentum for some time. Earlier this year, the Los Angeles Department of Water of Power (LADWP) announced it had canceled plans to rebuild three gas-fired plants, opting for renewable and energy storage resources, instead.

LADWP plans to supply 55 percent of its electricity with renewables by 2025, 80 percent nine years later and reach 100 percent by 2045, according to reports. The city plan also calls for a 50 percent reduction in greenhouse gas emissions from buildings by 2025 and 100 percent by 2050.

As of 2018, the city of Los Angeles boasted close to 350 MW of installed local solar power, according to reports. Its solar capacity increased some 44 percent year over year.

In September 2018, then California Gov. Jerry Grown signed the legislation setting in motion the state’s plan to convert to 100 percent renewables by 2045. California already gets close to 40 percent of its in-state power generation mix from hydro, wind, biomass and solar, but it also imports a sizable amount of electricity generated by coal, natural gas and hydropower from other states.

New York, Minnesota, Massachusetts and Washington are among the numerous U.S. state working toward all-in commitments toward 100 percent renewable energy.

POWERGEN International will feature all things Renewable in the Knowledge Hub this November in New Orleans. Utility-scale wind, solar and hydro will take center stage when POWERGEN happens Nov. 19-21 in New Orleans. 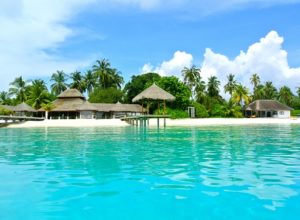