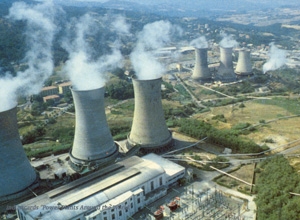 The Italian government has commenced selling a 5.74 percent stake in state-controlled utility Enel in a deal that could earn it around $2.5bn.

The sale is the first in a raft of planned privatisations to reduce its 2 trillion-euro debt pile that will bring cash directly into the state’s coffers.

The Treasury, which owns 31 per cent of Enel, said last year it wanted to sell up to 6 per cent of the utility by the end of 2014, but had to postpone the sale because of choppy financial markets.

Meanwhile Finnish utility Fortum is interested in a 66 per cent stake in Slovak power producer Slovenske Elektrarne (SE) being offered for sale by Enel.

Enel has been selling assets to cut its debt load but it has been under less pressure after raising 3.1 billion euros through the sale of its stake in Spanish Endesa in November.