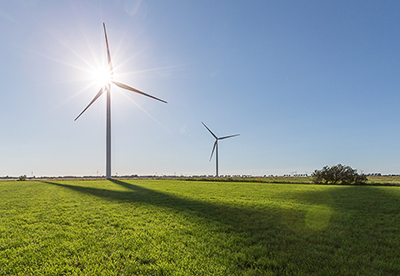 Doubling global renewable energy share could save trillions by 2030, according to a report by the International Renewable Energy Agency (IRENA).

The report’s authors forecast that the move would create savings of close to $4.2trn annually.

The report, REmap: Roadmap for a Renewable Energy Future, also recommends options to boost the renewable energy share in the global energy mix to up to 36 per cent by 2030 from current 18 per cent.

An average annual investment of around $770bn is required up to 2030 to double the renewable share in energy mix.

The REmap report estimates the cost of increasing renewables deployment to deliver 36 per cent of global energy would be around $290bn a year through to 2030. Overall, however, massive savings would be made, as the damage to health and agricultural crops from air pollution and carbon emissions would be reduced, producing overall savings of between $1.2tr and $4.2tr, the report argues, meaning the benefits of increased renewables investment could exceed the costs by up to 15 times.

Following surveying 40 countries that represent 80 per cent of global energy, IRENA found that doubling renewables would also avoid up to 12 gigatonnes of energy-related CO2 emissions in 2030.

IRENA Innovation and Technology Centre director Dolf Gielen said: “The energy transition is well underway in the power sector, but to reach global climate and development targets, the next phase will require more focus on transport, heating and cooling.

“If a doubling is achieved, these sectors would account for roughly half of renewable energy use in 2030 and so must scale-up dramatically to meet that target.”