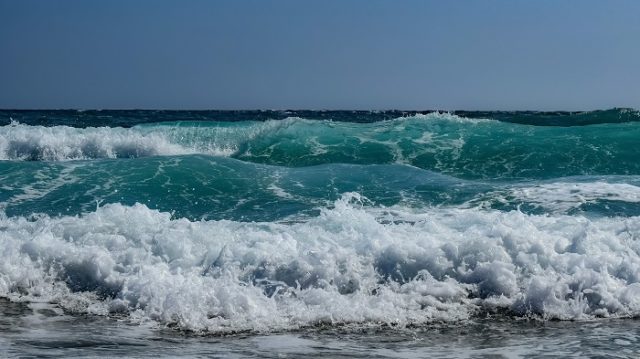 The UK government estimates that tidal energy could meet around 20 per cent of the country’s electricity demands.

Considering the UK is an island and entirely surrounded by water, this comes as no surprise.

Despite this fortunate position, uptake of tidal power has been slow. How should we encourage the development of this promising resource?

Tidal power functions in a similar way to wind power. Tidal turbines are placed underwater where the change in tide from high to low and low to high turns the blades to produce electricity.

Tidal power is more reliable than solar or wind because we can easily predict the movement of the tides, which is determined by the Moon.

Biofouling protection
Biofouling occurs when plants and animals attach themselves to underwater constructions as often seen on the hulls of ships.

The biofouling organisms attach themselves to the surface of turbine blades making them rougher, which increases losses due to friction and therefore reduces the efficiency of the turbine. This, in turn, will lower tidal power’s performance and make it less cost-efficient.

Antifouling methods, such as a non-toxic coating with a low friction, can prevent organisms from attaching to surfaces whilst avoiding damage to surrounding marine life.

These coatings are currently used in the shipping industry, but we must explore their applications in tidal power to reduce maintenance costs and improve efficiency.

Calming the storm
Protecting submerged turbines from their marine co-habitants isn’t the only step tidal power plants should take. Sudden changes in water flow can be equally challenging for tidal turbines.

Although the time between high and low tide is consistent, the distance between them, known as tidal range, is not. The tides are determined by the Moon and the Sun, and in some circumstances, extreme tidal forces such as spring tides can occur.

Tidal turbines need to be able to cope with these forces, as well as any unexpected and extreme weather conditions. By placing a dynamic braking resistor (DBR) in the generation and control circuit, can protect against any excess power generated by strong currents can be safely dissipated.

The turbine system will therefore be less prone to damage, increasing its performance capacity and decreasing the chance of regular repairs.

Blade development
Location also plays a major role in tidal electricity generation, with generator requirements including the need for a flow speed greater than two metres per second.

Locations that can offer this are limited, which is one of the reasons for tidal power’s slow uptake. In the UK, only the north coast consistently meets this requirement.

Turbine blades with a high tip-speed ratio are slimmer and produce less drag. With less drag, the turbines can achieve a larger number of rotations at a lower speed.

Through the development of blades that can operate at lower flow speeds, the number of sites at which tidal power can operate can increase, making it a more viable option.

Expensive installation costs cannot be avoided when increasing tidal power. However, by investing in technological developments that ensure less maintenance, higher efficiency and increased site suitability, tidal power can realise its potential and increase the prevalence of renewables globally.