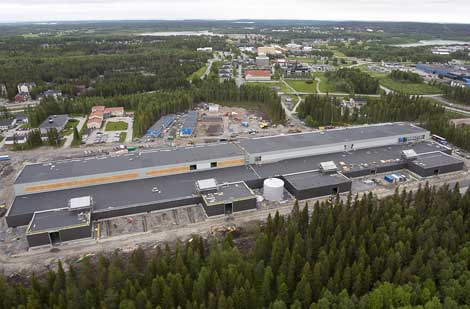 Facebook (NASDAQ: FB) celebrated turning the lights on at its new data center at Lulea in northern Sweden on Wednesday and signed up Swedish state-owned utility Vattenfall to a five year agreement to provide renewable power to the site, which sits on the edge of the Arctic Circle.

The electricity is provided through hydroelectric power from the Lule River and the social networking giant said in a statement: “Not only is it 100 per cent renewable, but the supply is also so reliable that we have been able to reduce the number of backup generators required at the site by more than 70 per cent.”

In addition the building will use excess heat generated by the power to keep the Facebook office warm.

Facebook’s Swedish data centre is its first outside the US.