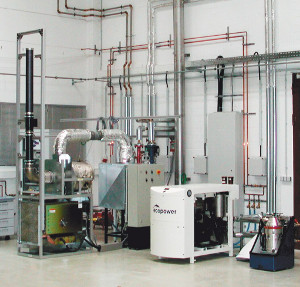 New research by Delta-ee reveals two-thirds of European homeowners are willing to invest in micro-CHP, but consumers say prices need to be halved.

According to their analysis, many people want micro-CHP, but most are only willing to pay 50% of the current costs.

Between 60% and 70% of those surveyed across the three countries surveyed ” Germany, the Netherlands and the UK ” found the concept of micro-CHP appealing.

In addition, the research specified two different micro-CHP technologies ” ‘engine’ and ‘fuel cell’ ” when surveying the homeowners. The results showed that while those in Germany were prepared to pay a €4000 (US$5400) premium for the more efficient yet more expensive fuel cell micro-CHP, those in the Netherlands and the UK were only prepared to pay a €1000 ($1360) premium.

Furthermore, the research finds that even in Germany, Europe’s leading market for micro-CHP, annual sales of the products equate to less than 1% of the overall heating market.à‚

The analysis concludes that micro-CHP faces a number of serious challenges to becoming more established in the heating market, including growing volumes to help reduce prices, designing a successful route to market, understanding the competition in terms of other low-carbon technologies, and knowing how to raise customer awareness to create the market.

Dr Scott Dwyer, Principal Analyst at Delta-ee, said: ‘This research goes towards helping validate the huge opportunity for micro-CHP ” if the industry can overcome the challenge of building volume to reduce prices. Even at today’s prices, the consumer responses reveal that micro-CHP should be doing much better than the sales figures suggest ” better sales & marketing is the key’.à‚