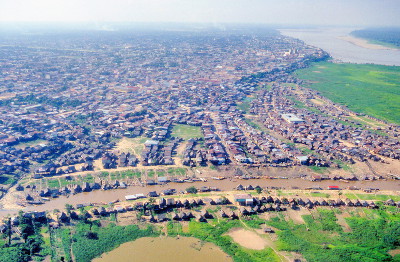 A Peruvian power plant supplying the city of Iquitos is to run on diesel engines from engine and turbomachinery maker MAN Diesel & Turbo.

Seven of the firm’s 20V32/44CR engines will be used as generator sets for a new baseload power plant, the output from which is planned to replace the power from the local network operator’s obsolete capacity.

The engines belong to the B.2 generation of the 32/44 CR and have additional improved performance features, the company said.

Israeli EPC contractor Telemenia is to build the plant. Along with supplying the engines and most of the mechanical equipment, MAN Diesel & Turbo will monitor the installation and take charge of the startup operations.

The project will present some unusual logistical and scheduling challenges, MAN said, with delivery of the engines depending on seasonal natural forces. Iquitos, Peru’s fifth-largest city, sits on an island-like land formation and is accessible only by air or by transport along the Amazon river, meaning that the engines can only be delivered by barge during the high-water season. If the water level drops too much, the window of opportunity for delivery closes until the following year.

“Telemenia and MAN Diesel & Turbo look back on a more than decade-long partnership and successful cooperation in an impressive number of projects, many of which have been very demanding,” said Howard Barnes, Senior Vice President at MAN Diesel & Turbo and Global Head of Sales for its Power Plant business. “The high level of trust that is essential to work together in a project logistically as ambitious as this one comes from that long-standing partnership. We have been conquering three continents together so far and I am confident there will be more in the future.”