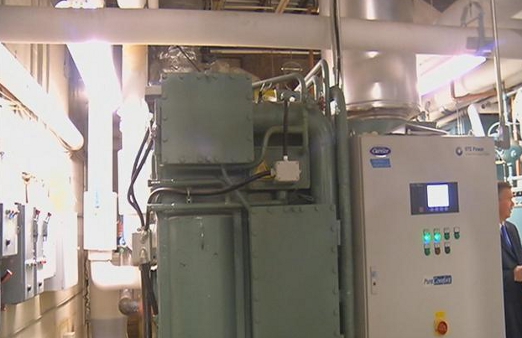 A 325-kW combined heat and power system has been installed at Eastridge High School in Rochester, New York, US.

The gas-fired CHP system will provide power for up to half of the building, depending on the season. In addition, waste heat from the turbines is captured and used to provide space heating, chilled water for air conditioning, and swimming pool heating.

The system will also operate as a stand-alone generator during grid outages, when the school will function as a Red Cross Facility of Refuge.

The New York State Energy Research and Development Authority (NYSERDA) contributed US$666,000 toward the $1.6 million system.  New York has invested more than $100 million in over 150 MW of CHP projects across the state.

In addition to providing heat and power for the school, said John Rhodes, NYSERDA president and CEO, the system’s emergency generator function is crucial. ‘Given the one-year anniversary of Superstorm Sandy, it is especially fitting to highlight this CHP system,’ he said.