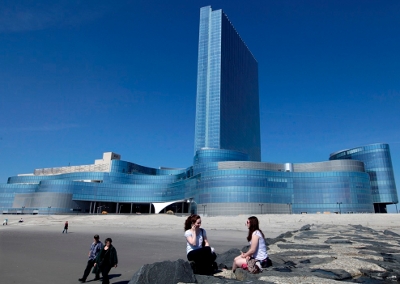 An Atlantic City casino is to lose its sole power generation facility this week.

The Revel Casino ran into financial difficulty, which now looks likely to see the power plant close. The plant was constructed solely to power the $2.4bn casino.

Straub has floated the idea of bypassing the power plant by connecting Revel to the utility gird through the former Showboat casino next door to it, which he bought last Friday.

Timothy Lowry, an attorney for ACR Energy, said they tried hard to reach an interim agreement but Straub’s Polo North Country Club left the utility with no other options.

The power plant, built exclusively for the $2.4 billion casino, had been a major impediment to selling the casino. It demanded assurances its bills would be paid, and had threatened to cut off service to the building several months ago, but was temporarily barred from doing so by a bankruptcy court judge.

Straub has refused to take over Revel’s contract with ACR, and has said he may use portable generators in a pinch. The glass-enclosed building could be overrun with mold if utility service is ended for any length of time, and there is concern pipes could burst without heat to the building.

He finalized his $82 million purchase on Tuesday.