An evaluation from Japan’s Nuclear Emergency Response Headquarters goes further than previous statements describing the extent of the damage after the earthquake and tsunami in March. The agency reportedly said Units 1, 2 and 3 experienced full meltdowns.

Staff of the US Nuclear Regulatory Commission were quoted by Bloomberg as saying they believed the cores were melting early in the crisis. A Japanese nuclear engineer told a panel of US scientists on 27 May that nuclear fuel at the plant began melting just hours after the earthquake struck.

The record was achieved during the test operation of the turbine, which began in February this year, at the combined-cycle power plant for verification testing at MHI’s Takasago Machinery Works in Hyogo Prefecture, Japan.

Deputy governor Somboon Arayaskul said the state utility would build the plants on the premises of its existing power plants at Chana in Songkhla province, Wang Noi in Ayutthaya, and North Bangkok in Nonthaburi province.

The new plants in Chana and Wang Noi are already under construction and will be completed in the first quarter of 2014, while the plant in North Bangkok is awaiting an environmental and health impact assessment report, with construction scheduled to start next year and operations to begin in 2015.

In light of health concerns and protests, the Energy Ministry has put off its plans for nine coal fired power plants, originally planned for 2014, until 2019. The ministry has also postponed plans for five nuclear power plants, which have been put back by three years to 2023, at the earliest, in the wake of the recent nuclear incident in Japan.

GE is to supply Harbin Electric (HE) with its latest gas turbines featuring ‘FlexEfficiency’ technology.

As part of a memorandum of understanding, HE is to purchase four 9FB gas turbines by 2013, including two incorporating FlexEfficiency technology. The purchases depend on HE winning projects, most likely for district heating in China.

GE describes its “breakthrough” FlexEfficiency technology as engineered to deliver both flexibility and efficiency by rapidly ramping up and down. GE said its latest gas turbine technology reflects more than $500m in research and development.

Malakoff Corp Bhd, owned by MMC Corp Bhd, is expected to be awarded a contract to build a 1000 MW coal fired power plant in Malaysia soon.

The plant will have a 15-year concession to sell the power at a rate of 25 sen/kWh (8.31 US cents) to Tenaga Nasional Bhd (TNB). “MMC has yet to receive the award letter but the decision has been made already, based on tender submissions,” said one source.

The plant could be at Tanjung Bin in Johor or Jimah in Negri Sembilan, according to the national news agency.

China: Gamesa has inaugurated its fifth factory in China in the city of Da’an in Jilin province. The facility, which will assemble 2 MW nacelles for Gamesa’s G9X range, will initially have annual capacity of 500 MW.

India: After announcing it had made and tested India’s first 600 MW turbo-generator, state-owned BHEL said it had developed and tested its first ultra-high voltage transformer. The 1200 kV AC unit will be installed at India’s experimental national test station at Bina, set up by PowerGrid.

Indonesia: PP and South Korea’s Hyundai have secured a 2.9tn rupiah ($339.4m) contract for constructing an 88 MW hydropower plant in Sumatra’s Aceh province. The plant is expected to begin operation by 2016.

Malaysia: GE will supply three Frame 6FA gas turbines, associated generators and services for a 300 MW CCGT in Sabah. The Kimanis power plant will consist of three 100 MW units and is due online in the fourth quarter of 2013.

Philippines: Aboitiz-led Therma South has a green light from the Board of Investments as a new developer of a 300 MW coal fired power plant in Davao City. The plant is due to start commercial operations in January 2015.

Philippines: The decommissioned Ambuklao hydro plant in Benguet province is back online following the start of commercial operation of its Unit 3 turbine on 1 June. The plant now has 35 MW capacity after two years of rehabilitation following a 12-year shutdown.

Thailand: Solarta, a solar power venture between Thailand’s Ratchaburi Electricity and Yanhee Solar Power with Germany’s Conergy, has opened a 3 MW array in Ayutthaya province, the first of eight projects planned by the firm. 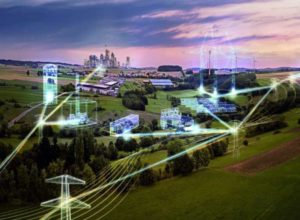