The accounting firm said it notified the Securities and Exchange Commission, the US Department of Justice, and congressional committees that are investigating the sudden collapse of Enron Corp. House Energy and Commerce Committee Chairman Billy Tauzin (R-La.) called the development “deeply troubling.

Andersen didn’t specify how many documents were disposed of or during what specific time period. New reports reported thousands of documents were destroyed by Andersen during September-December 2001. In a statement, the accounting firm said that “individuals in the firm involved with the Enron engagement disposed of a significant but undetermined number of electronic and paper documents and correspondence relating to the Enron engagement.”

Andersen said that millions of documents still exist related to Enron and it has also successfully retrieved others from deleted electronic files.

The accounting firm, Enron’s auditor during the years leading up to the collapse, was already under fire for certifying earnings statements that were later recanted by Enron. Enron restated earnings, losing almost $2 billion in shareholder equity and earnings between 1996 and the third quarter of 2001. The loss led to a collapse of investor and creditor confidence forcing the once high-flying Fortune 10 company into bankruptcy.

The Enron bankruptcy was the largest bankruptcy in history in the US and left thousands of employees with no retirement funds or jobs. Several congressional committees and the Department of Justice have begun investigations. The Department of Justice said it is delivering subpoenas to Andersen and Enron for documents related to the Enron investigation.

Andersen said it suspended its current records management policy effective immediately and instructed all partners and personnel to retain all existing documents until further notice. The firm retained former US Sen. John Danforth to conduct a review of the company’s record management policy and to advise the firm that appropriate remedial and “disciplinary actions” have been taken. It said it will continue to cooperate fully with the investigations. 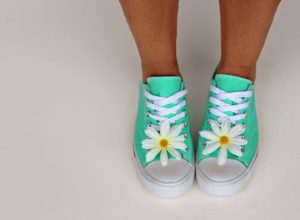