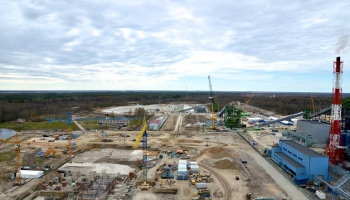 The head of Alstom Estonia has spoken out against allegations that the company resorted to unfair practices in order to win the contract to build Auvere power plant.

Eesti Energia has awarded over $1bn in contracts to Alstom over the last 13 years, including Auvere plant, which is due to be completed in 2015.
Karl Jaanimägi, CEO of Alstom Estonia, said the Estonian market was transparent and was irritated at implications of wrongdoing. “I cannot agree with that. There was competition, there were three bidders and Alstom won,” he said in an interview to local press.

“As long as I am in this job, I will make sure that nothing illegal will happen. As chairman of the management board, I am responsible with my personal assets.

The contracts that I have signed are absolutely clean and so are out partners. Eesti Energia and the Minister of Economic Affairs have nothing to be ashamed of,” he said.

The 600 MW Auvere plant is located in north-eastern Estonia and is fuelled by oil shale and biomass.