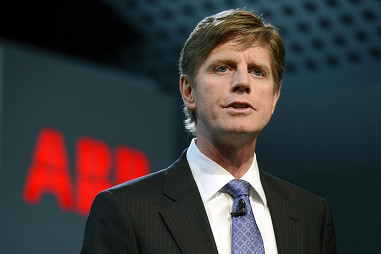 The Chief Executive Officer of ABB (SIX: ABBN) is to step down from his role for ‘private reasons’ after five years in charge.

Joe Hogan will stay on in the position until a replacement is found. He joined the company in 2008 and spent $20 billion on investments and acquisitions to broaden its reach and portfolio.

The 56-year-old former General Electric Co. (GE) executive is “committed to a smooth transition,” ABB said in a statement. He didn’t resign because of ill health and there was no conflict with the board or chairman, spokesman Antonio Ligi said, declining to give further details.

“This has been a difficult decision as I leave behind a strong and talented executive committee and a cohesive board whose support I could always count on,” Hogan said.

The company will be looking both internally and externally to find his successor, according to Bloomberg.