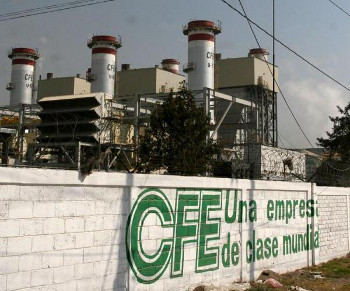 State-run utility CFE is providing tenders for up to $3.3bn to develop 12 natural gas and electricity projects in Mexico.

The projects entail 666 MW of new generating capacity as well as 1,000km (621mi) of gas pipelines and 1,000km of power transmission and distribution infrastructure.

CFE chief executive Enrique Ochoa Reza detailed the firm’s strategy to increase efficiency. “The first step is to keep expanding our gas pipeline system, the second is to restructure plants that currently use fuel oil so they can use natural gas and finally, to carry out tenders for the construction and operation of new combined-cycle power plants.”

Argus reports that a $600m maritime transportation network will be set up in Baja California Sur, to supply the peninsula’s power plants with up to 170mn ftà‚³/d of natural gas.

A new 666 MW combined-cycle power plant will be built in the western state of Sinaloa, next to the already existing Topolobampo 1 and 2 plants, in the Gulf of California. The final details for the Topolobampo 3 project were released in November 2014 but the CFE will not issue an award before August 2015. Operations at the plant, which will be run as an independent energy producer (IPP), are set to begin in June 2018.