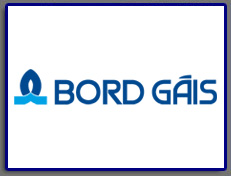 The Irish state owned power business, Bord Gais Energy, is up for sale with several UK-based utilities expected to bid.

Centrica, the owner of British Gas, has confirmed it is interested in the utility, which has around one million gas and electricity customers and power generation assets of 683 MW.

SSE has previously expressed an interest and E.ON, EDF (Euronext:à‚ EDF) and GDF are also considered likely bidders, according to Utility Week.