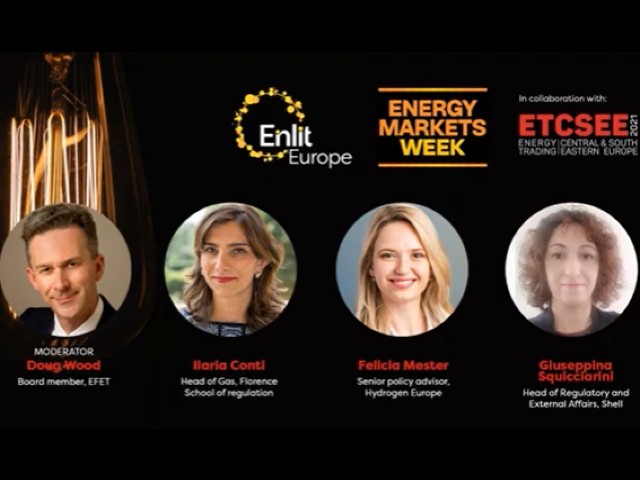 According to Ilaria Conti, Head of Gas at Florence School of Regulation, the quickest way to create a regulatory framework that accommodates hydrogen is to extend the core pillars of the current gas market.

“It’s the solution with the most benefits in a short time. No one wants to redraft regulation, so if we want to see an accelerated move from vision to action, we need to look for practical solutions.”

Have you read?
Hydrogen and LPG – the recipe for Africa’s net zero success
Australia could trade $90bn of low-carbon hydrogen energy by 2050

This was the topic of discussion in a recent digital discussion produced by the Enlit Europe Energy Markets Week, moderated by Doug Wood, Board member of the European Federation of Energy Traders. The panel made it clear that even though the sector doesn’t want to reinvent the wheel, there isn’t a one size fits all approach, especially when it comes to guarantees of origin and blending strategies.

To blend or not to blend?

Ilaria Conti made it clear that we are facing some unknowns as the market is nascent, based on many pilots projects rather than concrete, ongoing projects at scale, and there is limited infrastructure connecting demand with supply.

LISTEN TO THE DISCUSSION ON DEMAND

The discussion about blending spurred some debate. Conti said: “We don’t see a bright future for blending. It can be used to start the ball rolling, but it’s temporary. By looking at the chemistry and efficiency of this process, [by]blending hydrogen and natural gas, the physical characteristics of these get mixed up in a way that is not efficient. Maybe there is a market, [but] we don’t think it’s a long-term viable solution to the decarbonisation of the market.”

Giuseppina Squicciarini, Head of Regulatory and External Affairs at Shell, held an opposing viewpoint, suggesting that there are several projects currently underway that demonstrate successful blending and prove the advantages.

Felicia Mester, Senior Policy Advisor – Hydrogen Europe, emphasized the role of Guarantees of Origin (GO). “We are looking to develop a unique hydrogen GO to ensure more trackability and traceability in the system.”

Mester argued for a hydrogen-specific instrument or GO. “Having a pan-European system is a good one in principle, however, we don’t live in a perfect world and at Hydrogen Europe, we think that the current book and claim system doesn’t really convey the trustworthiness consumers should have.” A common GO for all gases won’t work, said Mester.

She added that a separate system would allow the demonstration of hydrogen purity, emission footprint and the geographical component.

However, Giuseppina Squicciarini suggested that a pan-European certification system is exactly what is needed.

Said Squicciarini: “Our vision is for a pan-European, cross commodity certification system facilitating a European market for both electrons and molecules. It’s important because it will allow the green value to emerge from the market and provide an additional revenue stream to emerging projects, and ensure decarbonisation under the green deal.”

Furthermore, Squicciarini suggested the inclusion of standardised carbon footprint information to allow the comparison of energy sources. She believes the environmental impact of different options must be disclosed to ensure the end users can make empowered decisions on which energy to choose.

Giuseppina Squicciarini also emphasised that decarbonisation must be aligned with the Fit for 55 package and suggests Europe aims for the following:

LISTEN TO THE DISCUSSION ON DEMAND

The panel agreed that enabling free trade across borders within an internal market is important, as well as enabling cross-recognition of certificates across systems. They also agreed that hydrogen is a strategic energy carrier in the strategy for the EU Green Deal, meriting its own regulatory framework with demand and supply-side mechanisms.

Several of the end goals were shared amongst the panel, who have a clear vision of what would make the hydrogen market in Europe an effective decarbonisation tool. The destination is clear, but can they agree on the route?