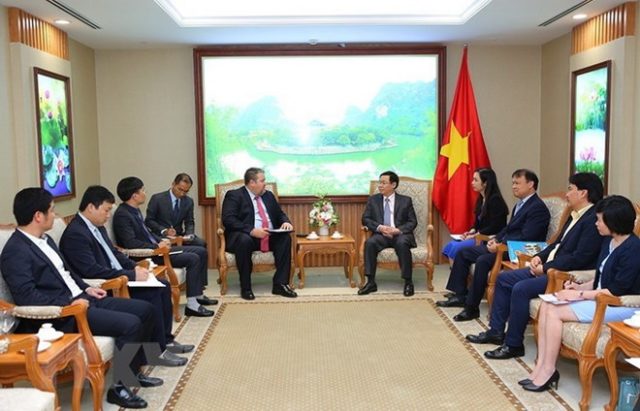 The AES Corporation has received approval by the Government of Vietnam to develop a 2.2 GW combined cycle gas turbine power plant, which will be located in the south-central province of Binh Thuan, Vietnam.

The Son My 2 plant will have a 20-year contract with the Government of Vietnam, and is expected to achieve financial close in 2021, beginning commercial operations in 2024.

Son My 2 complements AES’ investment plans in gas infrastructure in the country with its previously announced 450 TBtu Son My LNG terminal, which received approval from the Government in August 2019. Together, the plant and terminal will play a major role in shaping Vietnam’s energy future by diversifying the energy mix with imported LNG, as well as meeting the country’s increasing demand for sustainable and affordable electricity.

“AES is committed to the country’s economic growth and energy transition through the development of gas and renewable infrastructure,” said Andrés Gluski, AES president and chief executive officer. “We appreciate that the Government of Vietnam has selected us to advance this critical project for the country.”

This approval represents a significant milestone in the development of the CCGT plant and the LNG terminal, enabling the Company to move forward with the necessary permitting and associated project agreements.

Vietnam has significant coal and hydropower resources for power generation, but has lower production of natural gas, according to reports. Other investors, including Houston-based Energy Capital Vietnam, are planning LNG projects for the nation, which will need to import natural gas capacity to keep up with domestic demand.

Energy Capital Vietnam Chairman and CEO David Lewis will speak on the LNG dynamics in Vietnam and globally at POWERGEN International in New Orleans. Lewis will lead a session in the Natural Gas Knowledge Hub on Thursday morning, November 21 at the Ernest N. Morial Convention Center.

Energy professionals optimistic for the sector’s prospects despite COVID-19