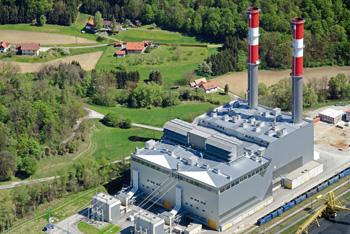 Austrian energy group, Verbund, has bought out its junior partner in Verbund Thermal Europe, as it attempts to decide on the fate of the Mellach gas-fired power plant.

The company purchased the shares owned by Energie Steiermark but has delayed a decision on how to resolve the issues besetting it in relation to its gas-fired fleet, which is struggling in a European market currently hostile to gas power plants.

But it said it would keep Mellach as well as its gas power plants in France and Italy running for now, although it would cut costs and restructure its foreign operations.

“These are the first steps. We’ll need more time to decide about the whole gas portfolio,” a spokeswoman said.

Verbund took $1.5bn of writedowns earlier this year, much of that for its gas portfolio, and had said in November that it was in talks to sell the Mellach plant.

One of the factors that will influence its decision on Mellach is an Austrian competition court decision it is awaiting on a long-term gas-supply contract with OMV unit EconGas.

The spokeswoman said she could not estimate when a court decision might come on the case, which it brought last May.

Verbund said Italy’s Sorgenia group, in which it has a 46 per cent stake, was “confronted with material market turmoil in the Italian market. The management of Sorgenia is working now to implement a restructuring plan.”

Meanwhile in France, where Verbund operates two gas-fired power plants, the company said a court had ended a gas supply agreement for the Pont-sur-Sambre site, where it had also adopted other cost cuts.