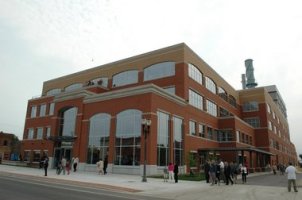 The REO Town CHP plant replaces BWL’s Moores Park steam plant and provides all of the utility’s steam generation, as well as 100 MW of electricity, which represents 20% of BWL’s electricity generation.

As well as being BWL’s first cogeneration plant, REO Town is the utility’s natural gas-fired facility.

According to Peter Lark, BWL general manager, this means that BWL will reduce its annual coal requirement by 320,000 tonnes (350,000 tons)

REO Town is reported to be the first new utility-scale power plant to be built in Michigan in 25 years and the first power plant built by the BWL in 40 years.