The upgrades involved the world’s first installation of GE’s DLN1.0+ with Ultra Low NOx combustion solution, which has been developed by utilizing data based on 43 million operating hours and reduces NOx emissions from 50mg/m3 (about 25ppm) to 15mg/m3 (about 7.5ppm).

And upgrading the turbines was vital to comply with Shenzhen municipal government’s ‘Blue Sky’ campaign, which requires all gas-fired plants in the city to lower its emissions below 15mg/m³ in six months – those plants that fail to comply will be taken offline.

He said the DLN 1.0+ Ultra Low NOx combustion upgrade was “a perfect fit for our needs…. we have succeeded in upgrading our plants while maintaining a steady supply of energy”.

Yang Dan, chief executive of GE Power China, said: “The successful modernization of nine gas turbines in less than six months provides a reference for many 9E units to repower and adapt to the needs of the new era.” 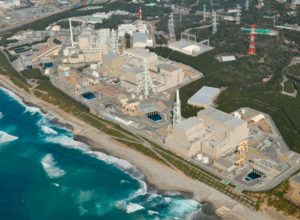