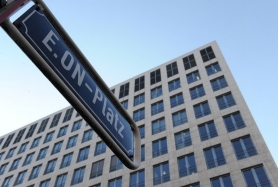 In a move aimed at cutting its $37bn debt, the German utility began inviting bids for its Spanish business in late October, with a deadline of 3 November.à‚  This week Reuters reports that talks with Australian infrastructure investment firm Macquarie Group have begun.

Although neither firm has offered details or comment, an unnamed Reuters source put Macquarie’s bid at “substantially more than” €2bn ($2.5bn). E.ON’s Spanish business had previously been valued at between €2bn and €2.2bn.

Up for grabs are 2.9 GW of Spanish coal- and gas-fired power assets and 1.1 GW of renewable power capacity, as well as a 32,000 km power distribution network.

According to reports, the sale could be announced as early as this month.

E.ON is also looking to shed its assets in Italy, although a snag in the process has delayed the deadline for bids to late November.

Macquarie has recently begun buying European power plants, with a focus to date on the UK. The firm has also previously acquired a German gas pipeline network from E.ON, paying €3.2bn.