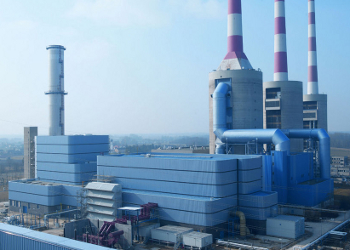 Uniper has asked the German government for permission to continue mothballing its Irsching 4 and 5 gas-fired power units in Bavaria on the grounds that the facilities are uneconomical.

E.ON’s power plant unit says the plants are only running at a fraction of the time needed to make them profitable.

The idling or mothballing of German power stations has to be signalled to the energy regulator, the Bundesnetzagentur, with a notice period of 12 months in advance, and the relevant transport grid operator, in this case, TenneT.
Reuters reports that closures must be approved, as it has to be established whether or not a plant is critical to uphold network frequencies in certain high-demand regions.

Block 4 and 5 of the state-of-the-art plant with 1,400 MW capacity closed in 2013, having been taken into operation only in 2011 and 2010 respectively. In 2015, further permission to keep them closed from April 2016 was sought, but they were forced to remain on stand-by to provide reserve power in case of need, if against a compensatory fee.

However Uniper said the fees were below cost, creating an untenable situation for the operators. A lawsuit against TenneT is pending regarding the size of the fees.

“During the next legislative period, it is therefore all the more important that flexible gas-fired power stations are finally given their rightful place alongside renewable energies on the market,” Uniper said in a statement. This alludes to a new federal government to be elected in the autumn, which German operators hope might pass new energy legislation more favourable to operators.