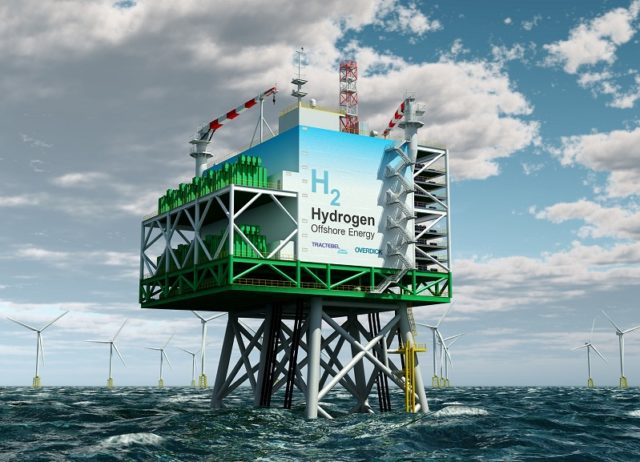 Engineers from Tractebel claim to have developed a technology to produce hydrogen from offshore windpower at an industrial scale using electrolysis.

A joint team from Tractebel Engineering and Tractebel Overdick have repurposed an offshore platform and state that the concept can deliver up to 400 MW and is already at the stage where it could be put into practice in areas such as the North Sea.

“In large-scale offshore wind farms in the German North Sea and other locations there is enormous potential for CO2-neutral production of green hydrogen,” said Klaas Oltmann, Director of Business Development at Tractebel Overdick.

He said the new type of platform designed by the Tractebel team “accommodates all the technical components required to produce ‘green’ hydrogen. This includes the electrolysis units and transformers for the transformation of the electricity supplied by the offshore wind turbines, along with desalination plants for producing high-purity water required for electrolysis.”

Tractebel –part of the Engie Group ­– says the methods for transporting the hydrogen “are diverse and flexible. Offshore-generated hydrogen can be transported in both pipelines and ships. In this way, offshore H2 production could make further expansion of wind turbines possible without straining current limited electrical grid capacity. Moreover, hydrogen can also make an important contribution on the mainland too, by providing relief for the situation with regards to the distribution of electricity from north to south.”

Tractebel Project Engineer Felix Knicker said that compared to the costs of production of so-called ‘grey’ hydrogen from fossil sources, the costs for ‘green’ hydrogen are currently higher. “On the basis of the economies of scale that we are currently observing in large-scale electrolysis plants and a higher tax on CO2 emissions, that will change,” he adds, “which will put the different technologies on a level footing with each other in terms of opportunities.”

The critical cost factor is the design of the system and the efficiency of the plants for the production of green hydrogen. “Our concept includes the appropriate solutions for cost-optimised designs and efficient operation,” observes Knicker.

Dr Hubert Schillings, Business Development Manager at Tractebel, said future demand will also increase the competitiveness of the new technologies.  “Offshore wind power is the only source for renewable energy in Germany which provides sufficient potential for expansion. Wind farms at sea will be installed at ever greater distances from the coast and in much deeper water in the future. That leads to higher costs for the construction of the plants and transport via high-voltage cables. We can offer an alternative which is attractive in economic terms.”

The German federal government is currently preparing invitations to tender for test fields for the conversion of electricity into hydrogen (Power-to-X) in the regional development plan for the North Sea and Baltic Sea area. This provides the opportunity for the development of offshore hydrogen production platforms on a scale of several hundred MW. Investments such as these could be attractive for wind farm operators and energy suppliers or industrial companies which use hydrogen in their production processes.

“We anticipate that it could be possible for offshore H2 platforms to be constructed and put into operation starting in 2025. Individual demonstration plants could even be built before then,” added Schillings. 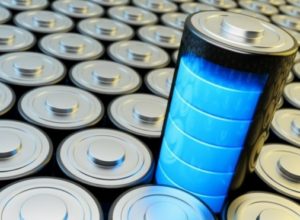