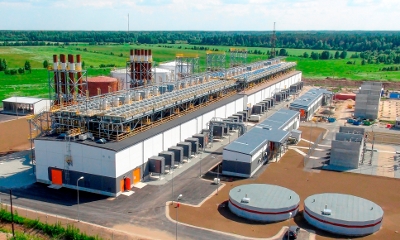 A new 250 MW emergency reserve power plant was inaugurated in the Estonian capital of Tallinn on Friday.

Wartsila provided the gas-fired power equipment at Kiisa, on the outskirts of the city and it will serve to reduce the possibility of blackouts.

Elering, the Estonian transmission system operator contracted Wärtsilä to provide the new Smart Power Generation power plant, which will provide emergency power in case of sudden drops in the electricity supply. The plant is activated when there is a failure in the grid or in other power plants serving the grid.

The capacity is sufficient to cover one-sixth of Estonia’s peak electricity consumption in the winter, thus providing a significant improvement to the country’s energy security.

The power station consists of 27 Wärtsilä 34DF engines, which operate mainly on natural gas but can switch to light fuel oil as a back-up fuel. The fuel efficiency of 45 per cent is exceptionally high for an emergency plant. Higher efficiency produces more energy from the same amount of fuel and less carbon emissions.

Built for emergency use, the plant will typically operate for only about 200 hours per year. In stand-by mode, the energy consumption of the plant is minuscule at only 300 kilowatts. This is achieved by using heat pump technology to keep the engines warm. Allegedly, this is the first plant in the world with such a solution.

“This is the first dynamic grid stability plant to have been primary tested to fulfil the new reliability requirements by the European Network of Transmission System Operators (ENTSO-E),” says Vesa Riihimäki, Quality Vice President of Wärtsilä. The ENTSO-E requirements include criteria for maintaining frequency stability in case of short circuits and other disturbances.