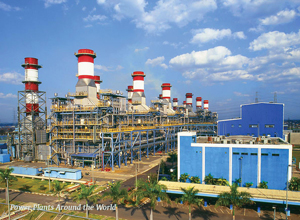 A gas-fired power plant in Java, Indonesia began producing power this week after being idle since 2011.

According to Suryadi Mardjoeki, head of the fuel and gas division at state-owned utility PT PLN, the 1 GW Tambak Lorok combined-cycle plant in Semarang, central Java (pictured) was powered up on Monday.

“It generated power during peak demand for five hours [on Monday], from 5 pm to 10 pm, after it received 10 mmscfd [million standard cubic feet per day] of gas from [state-owned oil and gas firm] Pertamina,” Suryadi was quoted as saying.

The plant was shut down in 2011 after 12 years in operation as its diesel fuel was considered too expensive. Subsequent planned restarts using gas were repeatedly delayed due to unfinished construction work and problems with fuel supply.

The plant was initially scheduled to begin receiving gas in July, but its supply from the Gundih gas block in the Blora area was not connected in time. The current gas supply of 10 mmscfd is less than the full 50 mmscfd agreed on between Pertamina and PT PLN.

Tambak Lorok needs around 160 mmscfd of gas in order to operate. In addition to gas from the Gundih block, the plant is planned to receive 116 mmscfd from the Kepodang field at the Muriah block off central Java. But the latter supply is not a sure thing, as the necessary gas pipeline is not set to be operational until mid-2015.