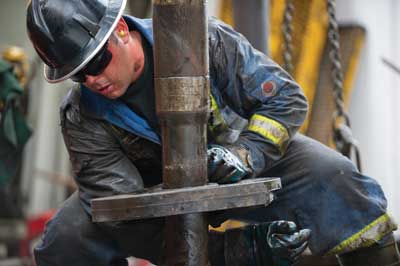 The UK has lifted its ban on shale gas exploration and ‘fracking’ in northwest England is to resume.

Shale gas exploration by drilling company Cuadrilla Resources was halted in May 2011 after it was found that the work had caused two small seismic tremors.

UK Energy Secretary Ed Davey today announced that exploratory hydraulic fracturing – or fracking – can start up again in Lancashire subject to new controls to mitigate the risks of seismic activity.

Davey said: “Shale gas represents a promising new potential energy resource for the UK. It could contribute significantly to our energy security, reducing our reliance on imported gas, as we move to a low carbon economy.”

He said his decision to allow Cuadrilla to resume work near the town of Blackpool came after “detailed study of the latest scientific research available and advice from leading experts in the field”.

“We are still in the very early stages of shale gas exploration in the UK and it is likely to develop slowly,” he added. “It is essential that its development should not come at the expense of local communities or the environment. Fracking must be safe and the public must be confident that it is safe.”

Davey’s decision comes a week after the government announced it would be setting up a new Office of Unconventional Gas and Oil to establish a regulatory regime for shale gas exploration.

Tony Grayling, head of climate change and communities at the Environment Agency, said the agency “takes the potential risks arising from fracking for shale gas extraction very seriously and has undertaken a thorough assessment of them”.

“We are satisfied that existing regulations are sufficient to protect people and the environment in the current exploratory phase. We have also established a Shale Gas Unit to act as a single point of contact for industry to ensure there is an effective, streamlined approach for the regulations that fall within our responsibility.”

Shale gas is a topic that divides the energy industry. The pro-shale lobby says it could end the UK’s reliance on gas and LNG imports and create stable, and cheaper, energy tariffs.

Opponents say the technology involved in hydraulic fracturing is too risky and as well as causing tremors could also pollute water supplies.

At a meeting of the UK Energy Select Committee earlier this week, Graham Tiley, Shell general manager in Ukraine, said that “fracking has almost become an accepted swear word”.

Mónica Cristina, spokesperson of Shale Gas Europe, said the lifting of the UK ban was a “momentous decision which has potential to create jobs and enhance energy security in Europe”.

“While there continues to be intense speculation around risks, there is now substantial scientific evidence to support the UK government’s decision. In June 2012 the Royal Society and the Royal Academy of Engineering concluded that the health, safety and environmental risks associated with the technique can be effectively managed. There are significant potential opportunities, as the British Geological Survey estimates UK shale gas resources maybe 50 per cent larger than conventional gas resources.”

“Our exploration has shown that under Lancashire there is a belt of gas-filled shale over one mile thick,” he added. “Today’s decision will allow continued exploration and testing of the UK’s very significant shale resources in a way that fulfils the highest environmental and community standards.”