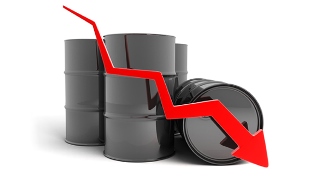 Analysts at Moody’s Investors Services have today warned of the negative impact of the falling oil price on energy companies.

It explains that the revenues of European regulated energy networks are usually linked to an inflation index, while debt is typically fixed-rate.

It warns that the utilities most exposed by the falling oil price are those subject to a real rate of return – for example, those in France, Ireland, Italy, the Netherlands and the UK.

In a report published today, Moody’s states that “revenues for utilities that own exploration and production (E&P) assets will decline, linked to oil and gas prices”.

“In 2013, E&P (primarily in gas) contributed close to 50 per cent of pre-tax EBITDA for Centrica and Dong Energy and less than 15 per cent for E.ON and RWE. Nonetheless, these companies typically sell a proportion of their output forward, providing some revenue protection.”

Moody’s says that around half of Europe’s natural gas imports are tied to oil prices and it forecasts that in the UK, Spain and Italy, “lower costs for gas-fired power generation will reduce wholesale electricity prices, hurting such utilities as Centrica, SSE, Iberdrola, Gas Natural SDG, Enel and Infinis.

Steve Wood, managing director at Moody’s, said: “Any potential improvement in GDP growth due to lower oil prices is unlikely to benefit European utilities, given generation overcapacity in many markets.”

Moody’s said that in the Asia-Pacific region, Korea Electric Power will benefit the most from the steep drop in crude, owing to lower input costs.

Wood added: “Most utilities in Australia, China, Hong Kong, India, the Philippines, Malaysia and Singapore and private power producers in the Asia-Pacific region will likely lower tariffs to reflect the lower fuel costs or will maintain a minimal reliance on oil or oil price-linked natural gas.

“In Japan, utilities will see little lasting benefit from lower oil prices because they will pass the lower input costs to customers. Japanese utility tariffs still incorporate nuclear power into their cost structures, even though Japan has not restarted its nuclear plants since the Fukushima disaster in 2011.”

He added that state-owned power utilities in Indonesia and Korea rely more on power generation fuelling from oil or oil-price-linked natural gas than utilities in other parts of the Asia-Pacific.

“These utilities will have lower input costs through at least 2015, and tariffs for end-users will likely remain largely intact. Regulators will not likely reduce their tariffs as steeply as the drop in fuel prices, which will allow the utilities to keep financing their high capital spending programmes.”