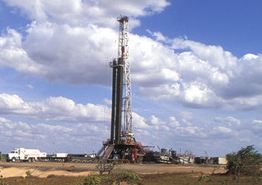 Shale gas companies should be encouraged to “get on and drill” in Britain according to a new report from the UK government’s Energy and Climate Change Committee.

While the report states that it is too early to say exactly what reserves of shale gas lie within the UK – and therefore hard to establish what effect they might have on energy prices and the wider UK power market – it calls for action rather than hesitation.

“The government has dithered on this issue and should now encourage companies to get on and drill, to establish whether significant recoverable resources exist,” said committee chairman Tim Yeo.

He said that while “it is still too soon to call whether shale gas will provide the silver bullet needed to solve our energy problems… if substantial shale resources do turn out to be recoverable in the UK – and community concerns can be addressed – then it could limit future energy price rises, reduce our reliance on imported gas and generate considerable tax revenues.”

However he cautioned that “ministers should be careful not to base energy policy on an assumption that gas prices will fall in future as a result of shale gas production. Rising global demand for gas, particularly from Asia, could limit any potential price reductions.”

The report also warns that if shale gas is developed on a substantial scale, it could threaten the UK’s ability to meet its statutory climate change targets. To counteract this, the report urges developing commercial scale carbon, capture and storage projects, “as this will be critical in determining what role gas can play in the UK’s future energy mix”.

Yeo said: “Developing technology to capture and store carbon dioxide will be absolutely essential if we want to continue burning significant quantities of gas and other fossil fuels beyond the 2020s. The current slow pace of CCS development is incredibly frustrating.”

He added the committee would be keeping “a close eye” on the government’s progress on CCS.

The report was welcomed by the UK’s Institution of Mechanical Engineers. Its head of energy and environment, Dr Tim Fox, said: “The recommendations in this report are sensible and very much in-line with the institution’s position on UK shale gas.

“Shale gas could provide long-term economic benefits to the UK, including much needed jobs in areas of economic deprivation. It could also provide an export business from the engineering skills and knowledge developed.

However he added that exploitation of shale gas “is unlikely to have a major impact on UK energy prices and the UK looks set to remain largely dependent on imports for its gas supply for the foreseeable future”.

He also echoed the call for fast-track CCS development. “With or without domestic shale gas production, the UK will continue to have gas as a substantial contributor to its energy mix in the coming decades and it is therefore important to develop carbon capture and storage for use with gas plants if we are to meet our greenhouse gas reduction targets.”

The report comes in the wake of the publication last week of a study by independent energy forum Carbon Connect which stated that there was too little evidence at the moment to make a call on the economic viability of shale gas and added that any large scale production was at least a decade away.

However at the launch of the Carbon Connect report, Peter Lilley, a member of the Energy and Climate Change Committee, said it was “a scandal” that drilling in the UK had been delayed.

“We have to get on with drilling,” he said, and added: “Unless God is an American who has put all the shale gas in the US, it is inconceivable that the development of this technology will not affect the UK.”