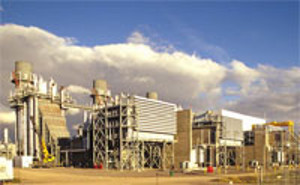 The 205 MW combined-cycle plant sits adjacent to the 600 MW Bajio plant (pictured), which came online in 2002 and is operated by Energía Azteca, a Mexican project company jointly owned by InterGen and American Electric Power.

The $217m San Luis de la Paz project was financed by a banking group including BTMU, EDC, HSBC, NordLB, Sumitomo and Scotia Bank. The engineering, procurement and construction work was carried out by Samsung Engineering Co.

The bulk of the plant’s power will be sold to a mining company in a neighbouring state under a 20-year power purchase agreement, while the remaining power will be made available to industrial users in the region, Intergen said.

InterGen is jointly owned by the Ontario Teachers’ Pension Plan and China Huaneng Group. Neil Smith, the firm’s president and CEO, said his company is “committed to expanding our business in Mexico and providing energy solutions to a variety of customers in the country”.

Mexico’s Comision Federal de Electricidad announced in July that it will bring eight new power plants online in the coming months as part of the government’s energy development programme.