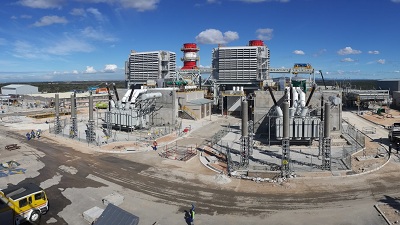 The open-cycle project is a joint venture between France’s Engie, which owns a 38 per cent stake; South Africa’s Legend Power Solutions (27 per cent), Japan’s Mitsui & Co (25 per cent) and The Peaker Trust (10 per cent), which represents the local community and plans to use its dividends for socioeconomic development initiatives. à‚

Dedisa’s power will be sold to state utility Eskom under a 15-year power purchase agreement.

The cost of Dedisa and its fellow open-cycle plant, the 670 MW Avon Peaking Power Project, is reportedly around $1bn. The Avon project, located near Durban, is currently under construction. The two plants are crucial for development of the region’s Coega Industrial Development Zone, Dedisa Peaking Power said.

Arnaud de Limburg, Dedisa Peaking Power’s CEO, said: “Dedisa has started commercial operation on schedule and I want to sincerely thank everyone who has contributed to this achievement for their efforts and support. We owe our success to a solid partnership, strong support from both local and national authorities, and highly motivated teams.

“Looking ahead, I am confident that in the frame of South Africa’s Gas Master Plan we will be able to convert the Dedisa facility to baseload and combined cycle as envisaged by the Department of Energy,” he added.