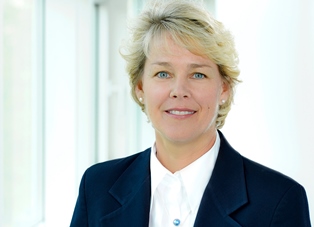 The head of Siemens global energy business wants the US government to reinstate the tax credit for wind power, as the industry is not yet ready to compete with fossil fuels.

Lisa Davis told the Financial Times that although wind power in the US was close to “grid parity” ” the level at which it becomes competitive with other sources of electricity ” “we’re not there yet”.

The American Wind Energy Association says, without the credit being restored, the industry could see a substantial drop in investment and employment.

Lazard, the investment bank, calculated recently that in parts of the US with strong wind, it could be a cheaper source of power than gas-fired generation, after steep declines in the cost of turbines.

However, Ms Davis argued that costs still needed to be cut further before wind could compete on equal terms with gas.

“We’ve not yet got to the point where it’s truly self-sustaining,” she said. “We’ve got to focus on cost competitiveness.”

The production tax credit for wind, in its most recent form, allowed a tax reduction of 2.3 cents for every kilowatt hour generated. It was first created in 1992, and has been allowed to expire five times since 1998.

Installations of new capacity hit a record at about 13.1 GW in 2012, but slumped to just 1.1 GW the following year, as developers rushed to bring their projects online in 2012 to qualify.

After great uncertainty at the end of that year, the credit was revived on New Year’s Day 2013, for just one year. However, the rules were changed so that any project that had started construction by then would qualify, leading to 14.6 GW of wind capacity, a record level, to begin construction

David Ward of the AWEA told the FT that the industry was optimistic about a restoration of the credit, because it had bipartisan support from Democrats and Republicans in Congress.