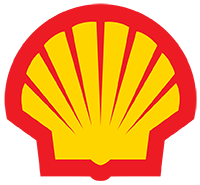 The purchase of one of Europe’s largest electric vehicle charging companies is facilitating Royal Dutch Shell’s first foray into EV charging in the UK.

The EV charging service — branded as “Shell Recharge” — will initially be available at three sites in London, Surrey and Derby with seven further locations within Greater London and Reading due to open by the end of the year and more planned in 2018.

The launch follows the acquisition of NewMotion, the EV charging specialists, who already have 30,000 private home charging points and 50,000 public sites throughout Europe.

While smaller in scale than the NewMotion business, this new service provides the first Shell-branded charging points alongside petrol and diesel pumps at its own filling stations.

Istvan Kapitany, head of retail for Shell, told FT that EV charging would join an increasingly varied “mosaic of options” for drivers at its filling stations around the world, alongside biofuels, LNG, hydrogen and traditional fuels.

EVs still account for only about 1 per cent of global car sales and an even smaller fraction of cars on the road but the market is growing rapidly. Companies like Shell are anticipating a potential drop in global oil demand as the transition to clean energy continues.

Shell has gone further than most oil and gas groups in preparing for this transition, including a big shift in its portfolio from oil to lower-carbon gas and a series of investments in the electricity supply chain as well as moves into renewable energy and electricity trading.

Rapid-charging technology will allow most EV batteries to reach at least 80 per cent-charged within 30 minutes. Shell also sees an opportunity to increase sales of high-margin food and drink from its convenience stores because of the waiting time while batteries are recharged. This, they hope, will compensate for negative impact on petrol and diesel sales.

the growth of the number of electric vehicles and an increase of the use of sustainable energy sources means that there is a need for more stability on the grid.

NewMotion told Power Engineering International it ‘is pleased to see that both private and public parties are welcoming this important new development. It is a privilege to be part of this revolution in the field of electric driving. At this point they are not experiencing any obstacles (to the faciliation of EV charging stations).’