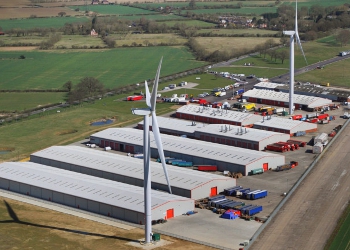 A former World War Two airfield in Suffolk, England could host a 299 MW gas power generation plant if a plan by Progress Power comes to fruition.

The UK energy developer is in talks with local authorities and community leaders about the plant which would cost in the region of à‚£200m, if built at Eye Airfield.

The plant would have enough capacity to supply around 400,000 homes, by taking gas from the nearby National Gas Transmission System and feeding electricity produced back into the National Grid, according to Energy Live News (ELN).

The firm is holding meetings next week to talk with people in the local community before it applies for consent from the planning body, the DCO.

Chris McKerrow, Project Manager for Progress Power which is owned by Edinburgh-based energy firm Watt Power told ELN: “A significant number of coal and oil-fired power stations in the UK are set to close in the near future and will need to be replaced. It is accepted that new electricityà‚ generating capacity is needed to meet energy demand in the UK in the near future. Inà‚ addition, gas fired power stations will provide back-up to the intermittency of renewableà‚ power and support the country’s transition to a low carbon economy.”

The spokesman added there was definitely a “role” in the market for independent plant operators alongside the Big Six and this could increase competition in the market.