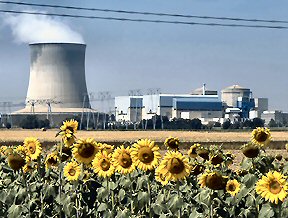 Argentina’s Undersecretary of Nuclear Energy Julian Gadano says the government is planning two new nuclear reactors to begin construction next year. The plants would cost around $13bn to build over the next decade.

There is also plans to extend the life of the ageing Candu Embalse nuclear power plant. The country already generates 5 per cent of its power through nuclear, a combined capacity of 1600 MW.

A new Candu reactor with capacity of 720 MW will be built by Canadian company SNC-Lavalin’s Candu Energy unit and Argentina state nuclear company NASA. A second project is for a 1,150 MW Hualong One reactor to be built by China National Nuclear Corp (CNNC).
“We are finishing negotiation of the commercial and financial contracts to build two new power plants. We will begin to construct these plants in the second half of 2018,” Gadano told Reuters on the sidelines of a nuclear power conference in Abu Dhabi.

He added that the projects would be financed 85 percent by Chinese institutions and 15 percent by the Argentine treasury.

The Embalse upgrade started in January 2016 and the plant should be able to operate for 30 more years after the upgrade is completed in the second half of 2018.

Argentina is also developing its own small and modular reactor technology (SMR) and Gadano said its prototype 25 MW SMR is expected to be completed in 2018.

“We expect to have the basic engineering of the commercial model next year. Our intention is to be a player in the SMR market,” he said.

Several countries, including Britain and Russia, are developing SMRs as an alternative to the huge conventional pressurised water reactors that cost several billions of dollars and take years to build.à‚