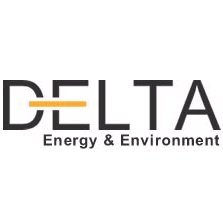 Research carried out by Edinburgh-based Delta-ee of homeowners in the Netherlands, UK and Germany has found real support for the technology but also a belief that its cost must be brought down.

Delta-ee surveyed 600 homeowners, with the aim of developing insight among micro-CHP practitioners. The research shows that between 60% and 70% of those surveyed in the three countries ” all owners of homes suitable for gas-fired micro-CHP installations ” found the concept of micro-CHP appealing. However, when asked what they would be willing to pay for it, the price had to fall by 50% (based on today’s prices) for the majority of people to accept it.

The research specified two different micro-CHP technologies ” ‘engine’ and ‘fuel cell’ ” when surveying the homeowners. The results showed that while those in Germany were prepared to pay a €4,000 premium for the more efficient yet more expensive fuel cell micro-CHP, those in the Netherlands and the UK were only prepared to pay a €1,000 premium.

Even in Germany, Europe’s leading market for micro-CHP, annual sales of the products equate to less than 1% of the overall heating market.à‚

Dr. Scott Dwyer, Principal Analyst at Delta-ee said “This research goes towards helping validate the huge opportunity for micro-CHP ” if the industry can overcome the challenge of building volume to reduce prices. Even at today’s prices, the consumer responses reveal that micro-CHP should be doing much better than the sales figures suggests ” better sales & marketing is the key”.

Micro-CHP faces a number of serious challenges to becoming more established in the heating market, including growing volumes to help reduce prices, designing a successful route to market, understanding the competition in terms of other low carbon technologies, and knowing how to raise customer awareness to create the market. These have been explored in other research carried out by Delta-ee.

This study was carried out as part of the Delta-ee Micro-CHP Research Service, which has provided insight into Europe’s emerging and prospective micro-CHP and fuel cell markets since 2004.